Ferrocene
(will destroy your vehicle's engine)

According to the venerable Encyclopaedia Britannica....ferrocene is also called "Dicyclopentadienyliron". Click Here for the Definition

Why is ferrocene touted as an octane booster?

According to the founder of New Image Group, Graeme Clegg who told the New Zealand Star-Times in 2007:

"It's all about getting a complete burn that will actually burn the sulphur and reduce the emissions that are coming out the exhaust pipe."

(New Image Group makes and markets a fuel additive product called the Power Pill FE-3, selling it on its alleged benefits for the environment.)

Why is Ferrocene now banned?

"In fact, as the Star-Times revealed two years ago, the main ingredient of the Power Pill is ferrocene, an octane enhancer, well known to the fuel industry, that causes long-term engine damage and melts the catalyst in catalytic converters.

According to the International Organization for Standardization, which sets global fuel standards:

"The after-treatment system is thus inevitably destroyed causing economic damage for the driver and negative ecologic effects for the environment." Here is the Star-Times article:

Our purpose is not to single out one company, but to highlight the dangers of similar products marketed around the Globe by various manufacturers and under various names. New Image Group is only one of many.

In North America, if not elsewhere, fuel additives marketed in a solid, are illegal for use in fuel.

They come in different shapes and sizes from a variety if manufacturers.

Large ones are on the market that must be split into smaller chunks.

Use caution when handling. Chemicals are absorbed into the skin.

Experiment: Do these pills really dissolve?

Short Answer......You can decide.for yourself... [Our study showed that it took months for the Pills to fully break-down.]

Here's what we did:

A packet of ~20 pills (same as pictured above) was dropped into a pitcher of unleaded gasoline.

The mixture was then treated to doses of acetone...and then varnish...and then (get the picture?) in an effort to speed liquification..... 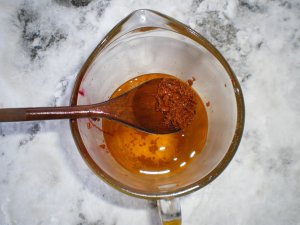 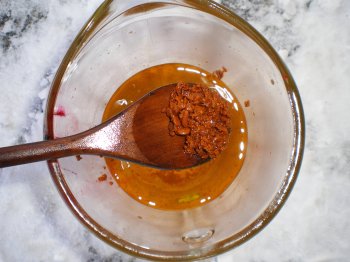 Clearly that debris is not going to pass through the fuel delivery system cleanly and efficiently. Imagine, also, the effects the tiny grains of iron can have on the cylinders over time. (ferro defined as the root word for iron. Iron oxidizes rather than dissolves at normal temperatures.)